Louise Ann (Halverson) Uphaus died on December 20, 2022, at home with her husband, Bill, at her side.

Louise was born in Hamilton, Montana on December 6, 1937, to Irvin and Ann (Schilke) Halverson. The oldest

of three, she was raised on the family ranch south of Peerless. She loved ranching throughout her life. One of her greatest joys was riding as a jockey on the racetracks through the 50s and 60s. She also enjoyed driving in demolition derbies, softball, and golf, playing games and cards with family and friends, and spent many years painting. Louise was a supporter of agriculture and was an active member of Women Involved in Farm Economics (WIFE) for many years. After graduating from Scobey High School in 1956, she went to Seattle to dental hygienist school. After a brief career in that field, she attended Northern Montana College in Havre, Montana. Louise's careers included dental hygienist, receptionist for Chan Ettian Law Office, secretary at the Malta Grade School, a teller at Havre Savings and Loan, and manager of State Liquor Stores. She managed the Halverson Ranch in Daniels County after her parent's deaths.

Louise married Willie Doll in Havre, Montana on November 7, 1959. They moved to the ranch south of Malta in April 1963. To this union came four children: BilliJo, Levi, Lesli Ann, and Serena. Willie and Louise divorced in 1979.

Louise married the love of her life, William "Billy" Uphaus on September 25, 1999, and moved to Glasgow.

In her retirement years, Louise enjoyed playing bridge and going to the plays at the Fort Peck Summer Theater.

But her greatest joy came from serving God. She was very active in the First Lutheran Church for many years and then in the Assembly of God Church. She planned to start teaching Sunday School again in January 2023. 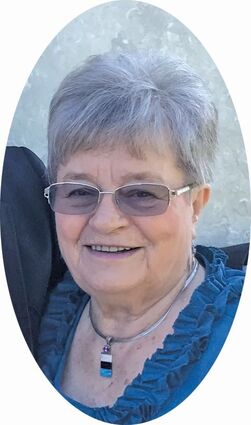 Louise will be missed by many people. She never met a stranger and she talked to everyone she met.

A Celebration of Louise's life is planned for Spring 2023. Condolences for the family may be left at bellmortuarymontana.com