Darlene Fay Flesche, 77, of Malta passed away peacefully on Monday, January 2nd, 2023, at her son's home in Hamilton, Montana.

Born July 16th, 1945, Mom spent her entire life in Malta, working many different jobs. She worked at the local Gambles Store and Ezzie's Wholesale for many years while waitressing and bartending at Stine's Nightclub and Roger's Saloon before finally retiring as a cook for the Malta School District.

In her younger years, Mom loved to camp and fish with Bob at Nelson Reservoir on their pontoon boat. She and Bob also loved dancing, and playing cards, and especially enjoyed their many Whist tournaments throughout the years. However, her greatest joy was the precious time spent with her grandchildren. She loved attending sporting events, graduations, and was always so proud of everything they achieved. Most recently, she was blessed with her first, and only, great-grandchild, Leyton William Luedecke, born in July of 2022 to granddaughter McKayl and husband Wyatt. Leyton was truly the light of her days these last passing months, and she made sure he would have only the best memories of his special "GG". 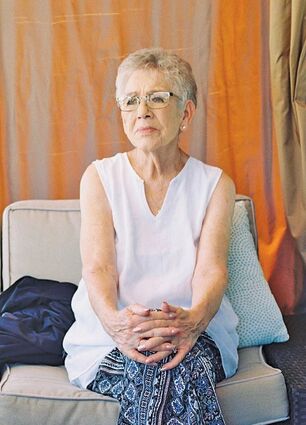 In addition to Monte and Bob, Darlene was preceded in death by her parents; one brother and one sister. She is survived by her daughter, Becky Quick and husband Dave of Helena; son, Bill Rothie and wife Judy of Hamilton; two sisters, and many nieces and nephews. She is also survived by her five grandchildren, Keegan Rothie of Hamilton, McKayl Luedecke and husband Wyatt Luedecke of Post Falls, Idaho, Madison Quick and Connor McGree of Helena, Conor Quick of Helena, Camron Rothie of Hamilton, and by great-grandson, Leyton Luedecke of Post Falls.

Funeral services will be held Saturday, January 14th, 2023, at 11:00 a.m. at the Malta Lutheran Church with burial to follow at the Malta Cemetery. There will be a luncheon at the church following the services. Condolences may be left for the family at http://www.dalyleachchapel.com.