Marilyn (Sweetie) Stolem Mattfeldt became our guardian angel on January 2nd, 2023. She left this world from the Malta Hospital of natural causes. Sweetie was born in Glasgow, MT in 1941 and was raised on the family farm in Hinsdale, MT, a place her heart never left. She lived most of her adult life in Malta where she raised her two daughters. In 2001, she married her childhood friend Russell Mattfeldt and was proud to join a family she loved and had known her whole life.

Sweetie worked in many customer service jobs over the years, a role that many co-workers and customers say fit her friendly personality and mischievous wit well. Sweetie was a champion for kids, always showing interest and cheering them on as they made their way through school and into adulthood. If you became one of her kids, you were her kid forever. She was a worthy honorary Grandmother and Best Friend. Sweetie made time for connection and enjoyed many friendships, age and time made no difference – from "Tiny Tots" to "Forgetting Lots" – Sweetie loved us all! 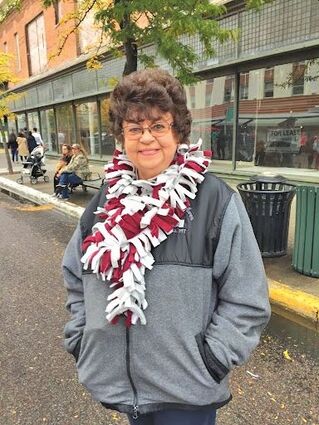 Sweetie was proceeded in death by her husband Russell and parents Kenneth and Elsie Stolem.

Per her request, no formal services will be held at this time. A private graveside service will be held later this year, at the Hinsdale cemetery.