Donna Lee Dyrdahl passed away unexpectedly at her home on January 18th, 2023. Born in Deming, New Mexico to Arvid Dyrdahl (Steele County, Minnesota) and Lora McNeil Dyrdahl (Lockridge, Oklahoma) on September 28th, 1943. She was baptized June 9th, 1945, and confirmed May 17th, 1959, in Malta Montana. She graduated on May 22nd, 1961, in Malta along with her good friends the "Malta 8". She pursued a Bachelor of Science in Secondary Education-History and Social Science Major with a P.E. Minor at Northern Montana College and graduated on June 6th, 1966. In 1967 she moved to Ketchikan, Alaska, and taught at Gateway Borough School District until 1987 when she returned to Montana permanently. She sought continued education at Western Montana College for a 5th year which she graduated with on August 13, 1982. She also received a Certificate for Airline/Travel Career in Phoenix, Arizona at Northwest Schools on March 24th, 1989. After a 20-plus year teaching career between Ketchikan and Kalispell, she chose to reside in Teton County from October 30th, 1989, till her passing.

Though she was raised in Malta, Choteau was her home, she loved to follow the local sports in her community and was always a great supporter of kids in school. She was a loving family member and friend, known to never forget anyone's birthday, anniversary, or date of passing. She was faithful in always sending cards and Facebook posts for every life event someone she cared about was involved in. She loved to host a large 4th of July gathering for her family at her home in Choteau, Montana. In her life, she enjoyed her travels that took her to many places including Australia, Norway, DC, and all over the US and Canada. She loved and cherished Glacier, the national park in her back yard and she never turned down an opportunity to photograph everything she saw. She had a keen memory for the most minute details, she was always a generous baker who never failed to bring a crowd-pleasing dessert. She was a God-fearing woman who loved her church and served others as much as she could. 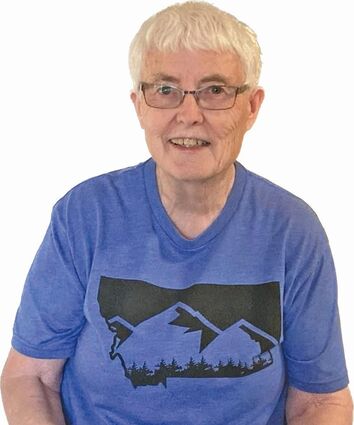 As a past junior high social studies teacher, she found much joy in researching the genealogy of her family. Tracking her origins all the way back to the Mayflower and beyond to Europe. To say the least, she could have been hired by ancestry.com. She was proud of her Norwegian heritage and loved preparing her culture's dishes such as krumkake and lefsa, though she always admitted she wasn't a fan of lutefisk. She was the most loyal friend a person could ask for and she will be greatly missed, and her memories will be cherished deeply.

Funeral to be held on January 27th at 2 pm at the Trinity Lutheran Church in Choteau Montana, with luncheon to follow. Burial will be at the Malta Cemetery at a later date to be determined.