Eugene "Gene" Lewis Mendel was born to William and Alvina Mendel on November 8, 1925, and he passed on January 15, 2023. He was one of six children and lived on the family homestead in Winifred until his senior year of high school when the family moved to Kalispell.

He entered the US Navy in June of 1943 and served our country proudly on submarines for three years. Upon leaving the Navy he moved to Helena and began to train as a pilot eventually becoming a spray pilot along with being a certified mechanic for annual small aircraft maintenance checks.

Out bowling with friends one night he met the love of his life, Elaine Parsons. They married on December 28, 1954, and moved to Malta in March 1956. Gene began managing the Phillips County airport and he and Elaine began their family. In 1968 they moved to Great Falls, living, and working there for five years. Missing actively flying and spraying himself, Gene and Elaine returned to Malta where they purchased the Maltana Motel and Gene again returned to managing the Phillips County airport.

Selling the motel in 2004, Gene and Elaine began their retirement. Wanting to be closer to their family and to return to where they began their lives together, they moved to Helena. Touchmark, a retirement community, welcomed them and they connected with old friends and made many new ones as well.

Gene was above all else a family man. He loved his family passionately and would do anything and everything for them. He was not afraid to work long hours, loved to work with and help others, and always was teaching and helping his daughters learn life skills. He enjoyed books of any kind and read as many as he could get his hands on. A good corny

joke and playing with words was something he loved to do and his grandchildren especially loved it when he did that. His laugh was infectious and made many people smile.

He is proceeded in death by his wife Elaine, his parents Claude and Alvina, his brother Verne and his sister Joann. 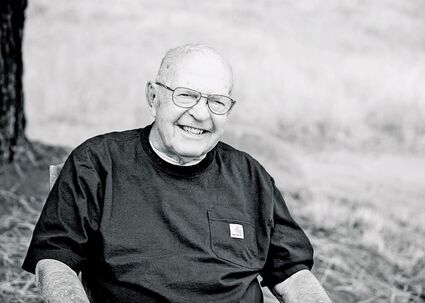 Services for Gene will be held on Friday, February 24 at 11:00 am at the Wilderness Funeral Home in Malta.

In lieu of flowers, his family suggests contributing to the Shriners Children's Hospital or a charity of your choice. Please visit http://www.aswfuneralhome.com to offer a condolence to the family or to share a memory of Gene.