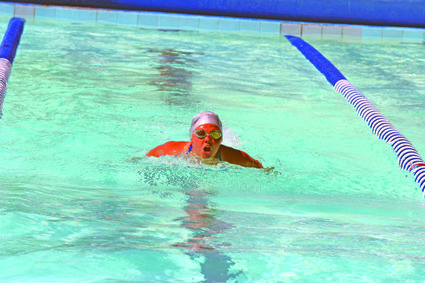 Lauren Tuss, 9, took fourth place in the 100 IM last weekend at the swim meet in Malta.

The Malta Swim Team fared well in Eastern Federation Swim Meet, which they hosted, finishing third among teams present at the event. The team took second in relay events.

As the event reached the end of day one, the PCN caught up with a few of the swimmers from the Malta Swim Team including 12 year-old Carly Garfield, who won three events in the junior class in the team's first meet in Shelby.