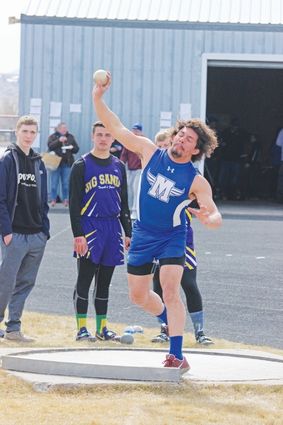 Glasgow won the meet with a total of 84 points. Malta took second with a total of 75. Fairfield took third with 66, Fort Benton took fourth with 45, Havre took fifth with 43m North Star took sixth with 38.

"I am real pleased with our teams," Coach Jim Benn said. "Our young kids are doing a nice job. They are going out and competing; getting over the fear of the unknown. And our more experienced kids are having very good performances. It's just nice to be o...