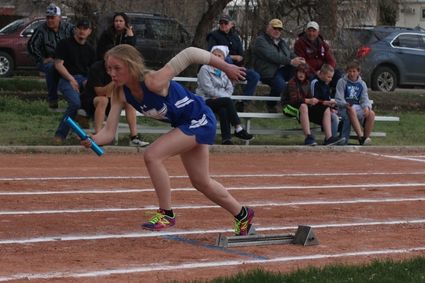 Malta sophomore LesLie Young comes off the blocks in the short relay event in Malta.

The Mustangs and M-ettes saw double duty last week as the teams competed in the Fergus High School Invitational in Lewistown on Saturday, April 27.