MALTA - Craig J. Mangis passed away May 27th after a courageous battle with cancer.

The family will receive friends at 7:00 P.M., Thursday, May 30 at the Kirkwood Memorial Chapel. Memorial services will be 11:00 A.M., Friday, May 31 at the Kirkwood Memorial Chapel. Interment of his cremated remains will be in the family cemetery on Content Road. In lieu of flowers, donations may be made in Craig's name to the Sletten Cancer Center in Havre. Condolences for the family may be left at http://www.kirkwoodfuneralhome.com.

Craig was born October 11, 1952, in Helena, Mont., to Margaret (Craig) and Ned Mangis. The family was raised south of Malta.

Craig graduated from Malta High School in 1970. He worked many jobs and in 1971 started his career as a bus driver working for Keith Holmes. It was on the bus that he met the love of his life, Mary (Taylor) and in 1976 they were married. They made their home in Malta and together had two children, Katie and Matt.

Craig continued to drive bus for 43 years, retiring in the spring of 2018. Early on Craig joined his dad at Malta Tire Center. In the early 90s, Craig and Mary added The Glass Shop and Malta Transfer to the businesses. The three worked together after Ned sold Malta Tire and continued to work until they sold the businesses in 2018.

Craig was active in the Milk River Wagon Train for nearly 40 years. He enjoyed setting up and helping with many Auctions and was a collector of everything. 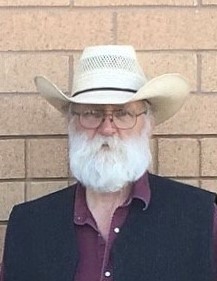 Over the years, Craig made and restored many wagons and buggies. He had a love for blacksmithing and hoped to spend his retirement in his blacksmith shop. The last few years, Craig and Mary traveled to the Western Minnesota Steam Thrashers Reunion in Rollag, Minn., where they both worked.

Craig was always available to help others and was a friend to many.