James "Jim" L. Coppedge, 78, (formerly of Denton) passed away at Benefis Healthcare in Great Falls, Mont., on Friday, July 26, 2019. Jim was born in Denton, Mont., on May 18, 1941 to George F. and Vera J. (Larson) Coppedge. Jim graduated from Denton High School in 1959 and furthered his education at MSU Northern studying mechanics.

In 1964, Jim married Karla Tyson and together they had five children. Jim worked as a hired hand and mechanic around Denton and Lewistown until moving to Malta, Mont., in 1971. There he worked as a mechanic for Delta Ford before opening his own repair shop and later opening Champion Auto in 1977. Jim and Karla divorced in 1980.

Upon the death of his brother in 1980, Jim returned to the family ranch. Jim loved to mechanic and build and repair things, keeping equipment running long past their usual life. He built an experimental kit airplane in the 1990s and built the log home that sits on the ranch. Jim married Elaine Chappell from Tonawanda, N.Y., in 1988. They were pen pals before they met and married. Jim and Elaine lived together in Denton, before divorcing after 15 years of marriage. Jim continued to ranch and farm until 2004 when he sold the ranch to his daughter and son-in-law. Jim enjoyed company at the ranch and always loved having his children home for branding in the spring and hunting in the fall.

After his retirement in 2005, Jim traveled the West and did odd jobs helping family and friends. He often helped people he didn't know or had just met. While in New Mexico, he bought his horse "Blue" and broke him to ride. He enjoyed several years in New Mexico with his horse and special friend, Jeanette Smoot. Jim was single the rest of his life, and liked to spend time around his grown children, grandchildren, and at the ranch. Jim moved to Vaughn in 2013 and later Great Falls as his health began to fail.

Jim loved the Lord and studied the Bible extensively in his adult life. He had great faith in the Lord and it was that faith which convinced him that he was truly one of God's children through being born again. 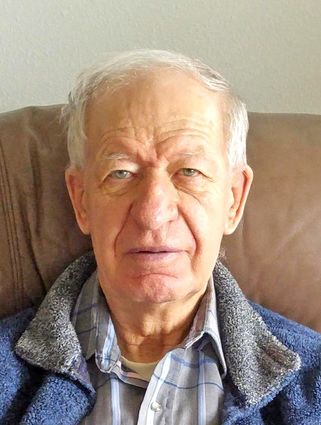 Funeral Services will be held at the Denton Methodist Church on Thursday, August 1, 2019, 2 p.m. with viewing from 12:30 to 2 p.m. Interment will follow at the Hillcrest Cemetery. Memorials can be made to the religious charity of your choice.

Arrangements are under the care of Creel Funeral Home. Jim's family and friends can share memories and condolences at http://www.creelfuneralhome.com.