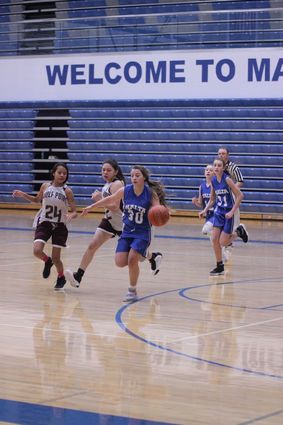 The Malta Seventh Grade Girls' team defeated Glasgow 44-10 in their first action of the day and the Scobey team 43-25 later that day.

In the eighth graders' win over Wolf Point, Malta was led by Anna Harms who had 11 points. Addison Ulrich had five two-point field goals for 10 points. Giona Lamb had six points, Cede M...