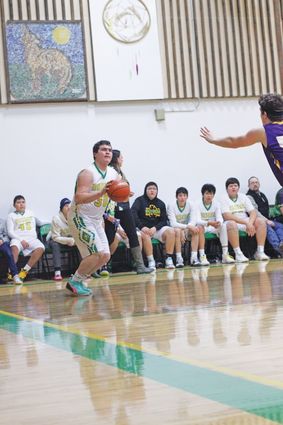 The Dodson Coyotes opened the decade with back-to-back blowout victories as the team made short work of the Turner Tornadoes and Nashua Porcupines last weekend.

“We were just going hard on defense,” LoneBear said. “We tried to press them to get them confused and after that, we would go at them, drive-in, and attack.”

The team is off to a great start and with Ball and LoneBear being seniors, they want to do something Dodson hasn’t done in a long...