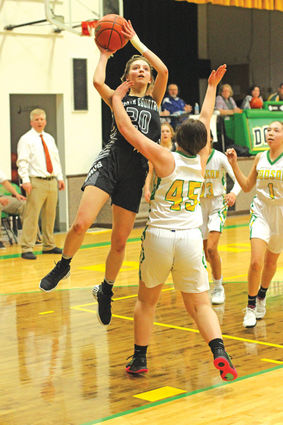 Kia Wasson was named as an All-State athlete in the 3C District's All-Conference list. Photo by Pierre Bibbs

The Lady Mavericks found themselves in the consolation finals in the Eastern C Divisional last February, but fell to Froid-Lake, missing out on state this year.

The team proved to be a force in the 3C District, and that was evidenced in the 3C All-Conference list, as the team took three of the twelve spots. Scobey was the only team that listed more players with four Lady Spartans named.