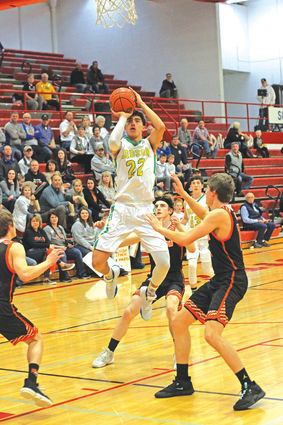 Senior Corbin Lonebear was named to the All-State team in 2020. Photo by Pierre Bibbs.

LoneBear who was a weekly nominee for Montana Sick Dunks by Hudl, showed a lot of growth accordin...