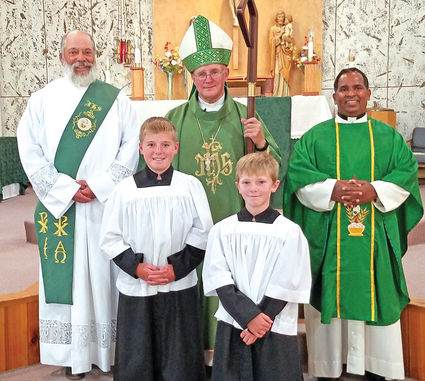 I am Fr. Felix Nayak and I was born on the 7th of December 1966, in an interior village, called Dangeskhall, in the state of Odisha, India.

The names of my parents are late Agapita Nayak and late Sujana Nayak. Including me, we were six brothers and three sisters. I have already lost both my parents and the eldest brother.

At present, I have four brothers and three sisters. One of my nieces is a nun. I was very fortunate to be born in a devout Catholic family. Though my parents were very poor financially, they were very good Catholics. They struggled a lot to educate and bring up in the catholic faith nine children. At that time there was not a school in our village, no electricity, and no road. To travel a distant places, we had to walk three hours and catch a public bus. Since there was no school in our village, I had to stay and study in a non-Christian boarding school, which was situated around 50 miles away from my village.

My father was hoping that after completion of my study I would get some job and help him financially. That is why initially he was not happy with my plan of going to seminary for the priesthood. For three days it was a very puzzling moment for me to decide to go to seminary against my father's will. Finally, my mother and one of my brothers convinced my father and with his consent, I joined the seminary in 1985 for the diocese of Berhampur. I had 11 years of priestly formation in which we had to learn the English language, study philosophy, theology, etc. After the completion of my priestly formation, I was ordained deacon on the 27th of September 1995, and then after the completion of my diaconate ministry, I was ordained a priest on the 11th of April 1996 by the Most Rev. Dr. Joseph Das, for the diocese of Berhampur.

I served in the diocese of Berhampur for 16 years, then my Indian bishop gave me a chance to have some experience outside India. With the invitation of Bishop Michael Warfel, I came to the Diocese of Great Falls-Billings in 2012. I served at St. Gabriel's Catholic Church in Chinook for four years and three months, and at St. Mary's Catholic Church, Malta for seven months, and as my Indian Bishop called me back to India, I went to India in the last week of June 2017.

The state where I come from is the Hindu majority state. Many times, Christians and other minorities are persecuted by the Hindu fanatics in different forms. In 2008, A Hindu priest was killed by the Naxalite extremist group, but intentionally the Hindus alleged the Christians for it and orchestrated riots and killed around 100 Christians, four priests were beaten up, one died and three are surviving. One nun, the niece of Archbishop was gang raped. Many young girls and women were gang-raped, around 10, 000 people's houses were looted, people ran away to the forest to save their lives. Even today most of the victims are not able to go back to their own houses. Despite the religious intolerance and persecution, Christianity in India spreads its way. Sometimes the persecutors themselves accept Christianity.