Shan Ealey, born May 21, 1928 in Malta, Montana to parents Ramay Hould and Emily Pierson, died peacefully at home on October 30, 2020 with her daughters around her. She is survived by four children – Kerry, Kim (Scott Samuelson), Mark and Scott – four grandsons, six nieces and nephews, and friends from all over the world. She is predeceased by her parents and older brother Jerry Hould. All mourn her passing. Born a farmer's daughter in northern Montana, Shirley Ann Marie Patricia Hould – or 'Shan' as she was called – led a more colorful life than these rustic beginnings might suggest. 'I didn't have to leave home to see the world,' she liked to say. 'The world came to me.' She meant the host of young men from all walks of life who turned up at her father's door: CCC workers, German prisoners of war and young Japanese men from the nearby internment camp all sent to work her father's farm. She spoke fondly of them and how they opened her eyes to the world beyond Malta. But the world would have to wait while she took her nursing degree at Montana State University in Bozeman and followed her husband, Gordon Dalen an Air Force mechanic, across the country from Nashville, TN, where she gave birth to daughter Kerry, to Savannah, GA, where Kim and Mark were born. Shan could tell harrowing tales of nursing in the segregated Deep South and she advocated tirelessly for the underprivileged, as she preferred to call them. Now with a Masters in Nursing from MSU, she and Dad moved to Farmington, NM, where brother Scott was born at San Juan Regional Hospital and where she worked for the next twenty years. In Farmington she lived an active life full of skiing, boating and camping with her family. Widowed by her second marriage, to Ted Ealey Mom pursued her fortunes overseas. Much of the 80s were devoted to nursing at King Faisal Hospital in Riyadh, Saudi Arabia, while traveling the Mideast, Europe, Africa and Asia. 'If only the folks back home could see me now,' she liked to say. After a third marriage didn't take, she moved to Vallecito Lake. Here in her cabin alongside Vallecito Creek Mom found a community of fellow exiles sharing her love of nature and solitude, keeping her grounds impeccably groomed like a true farmer's daughter for the two decades before failing health forced a move into Durango, first to Sunshine Gardens and then to the home of daughter Kim where she lived at the time of her death. The family would like to thank Mercy Hospice for their help and loving kindness which made it possible to care for mom at home. Sadly, due to Covid restrictions there will be no memorial service. Her remains are to be cremated and returned to Vallecito Lake. 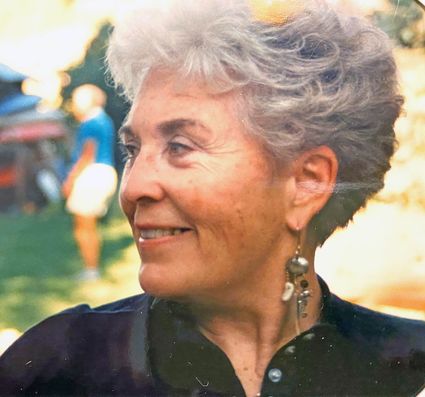