William Bernard Black, 91, passed away January 24th at the VA Hospital in Glendive. Bill was born to William and Ellen Black June 4, 1929 on the family farm south of Malta. He attended school in Malta and graduated in 1948.

Bill joined the Army in 1951 and was honorably discharged in 1953. During his time in the Army, he served in Korea in the infantry division. He was awarded the Korean Service Medal and two bronze stars. After the service he came home to work the family farm. He met the love of his life, Catherine Faydo in 1965. They were married a year later. They lived and worked the farm together for 54 years, raising three children Tom, Hannah, and Elizabeth. Every morning, Bill could be found at the table eating breakfast and reading his Bible before he headed out to take care of the animals, he loved, especially his horses. He also wrote every day of the days happenings in note books including the weather. Tom joined his dad on the farm in 1991. 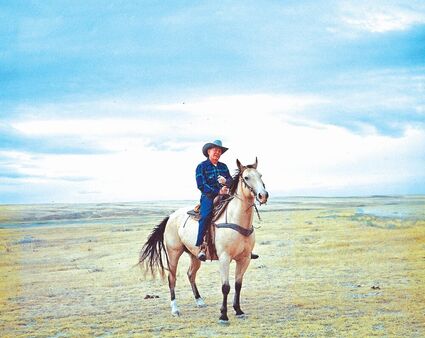 Bill was also a member of the Men of Missions. He would meet with them every Thursday morning at Westside Café for Bible study. He was also known for his fudge he would make for holidays and other occasions. He was a lifelong member of the Lutheran Church and a member of the VFW where he served as a commander from 1984-1986.

He is preceded in death by his parents William and Ellen and his sister Elsa Anderson.