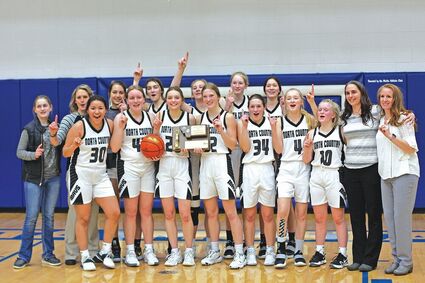 For the second time in the team's history, the North Country Lady Mavericks (18-0) earned the District 3C Title last Saturday, February 22, in Malta.

"They have worked hard, played very unselfishly and continued to improve all season long, earning them an 18-0 record along with a Conference and District Championship," Lady Maverick Head Coach Amber Erickson said. "They are determined to stay humble and hungry as we enter into our final weeks."