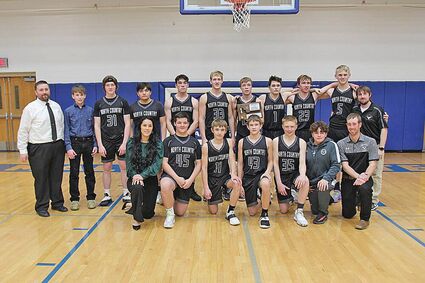 The North Country Mavericks are headed to the Eastern C Divisional in Sidney.

The Mavericks earned second place at the 2021 District 3C Tourney held this past weekend in Malta.

The Mavericks qualified for the Divisional by defeating the Dodson Coyotes 50-41 in the 3C Semifinals on Thursday, February 18.

"I think that everyone could tell that it was building up to that point all year," Mavericks Coach Taylor Olson said. "We had struggled with them early on, then got closer in Dodson, so we knew it was going to be a dog fight Thursday night."