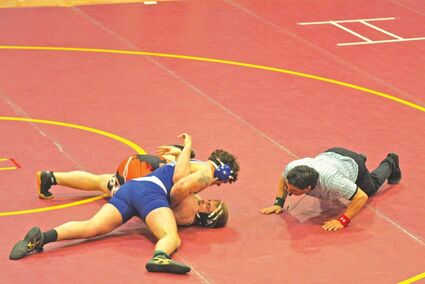 Despite having only four wrestlers, the Malta Mustangs Wrestling team ended the year with three wrestlers on the podium, and scored 55.5 points, and placed 11th as a team at the 2021 State B Wrestling Tournament at Shelby High School last Saturday.

Senior Jaden Keeling led the Mustangs with a third-place finish in the heavyweight class and 24 points scored. He pinned five of his six opponents, including Chinook's Wyatt Dunbar at 4:14 in the thir...