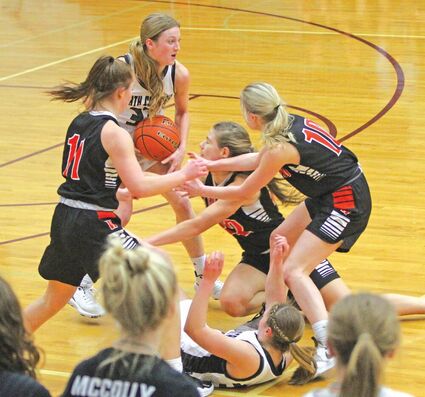 Kaitlyn McColly ends up with the ball during a scrum in last weekend's championship game. Photo by Heidi S. Johnson.

The Lady Mavericks also defeated the Froid-Lake Red Hawks 64-19 in the semifinal round on Thursday, March 4, and the Circle Wildcats 64-27 in the opening round on Wednesday, March 3.

The Lady Mavericks will play the Jordan Mustangs in game 1 of the State C Tournament on Wednesday, March 10...