Judith Ann (Simanton) Stabler died March 28, 2021, after falling and hitting her head at home. She died peacefully at Portland’s Legacy Emanuel Medical Center in the quiet of early morning. Our family took comfort in knowing we were following her wishes specifying no artificial, life-prolonging measures.

Judi, 78, grew up in Malta, the daughter of Hugh and Minnie Simanton and younger sister to beloved brothers Dwayne and Hubert. After her parents married, they went to fetch Minnie’s things from North Dakota and returned with three essentials for getting through a Montana winter: potatoes, a pony and a piano.

No surprise, Judi showed an early love of music. She planned to major in flute at Whitworth University in Spokane, but when the music faculty heard her beautiful contralto voice, they said, not so fast.

She went on to sing and record with orchestras in Europe and the U.S. and had a vocal symphony and an opera about the Russian poet Anna Akhmatova written for her by the Montana composer, Eric Funk. The conductor of the Warsaw Philharmonic said the vocal part in Funk’s symphony was so difficult, it was impossible to sing. But after their first rehearsal, he changed his mind, saying, “There are probably three musicians in the world who could possibly sing this work – one of them is here.”

Judi had quieter talents, too. She gardened, cooked, played the piano, quilted, painted and wrote poems that caught with acute longing and precision, her life on the high prairie. She taught voice and piano for 50 years, and some students stayed with her for decades, becoming close friends.

Judi was more a listener than a talker, but when asked, she loved to tell stories about haying and milking, racing horses with her brothers and hot stones in her bed on freezing winter nights. And, like her mother, she expressed her love through her hands: cooking, quilting and nurturing plants. She guided our family with a calm, yet powerful heart and we don’t have words to say how much we will miss her. And that includes her ginger creams and her Thanksgiving staple, “the white stuff in the green bowl.”

Judi met her husband, David, while they both taught at a music school in Anchorage, AK. They failed their marriage test spectacularly, prompting the pastor who married them to predict they wouldn’t last. This December, they would have been married 40 years. 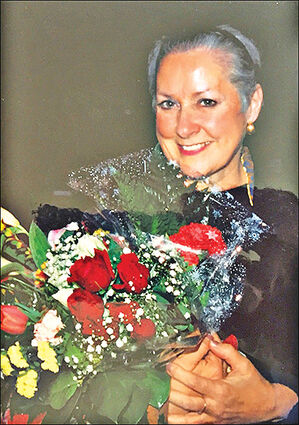 Despite their outward differences, Judi and David formed a closeness that began with music, but they also encouraged each other to explore their individual dreams, whether it be in painting classes or a cross-country bike ride. They were “…two hearts beating each to each.” (Robert Browning).

Their three children, Thor, Simone and Dan, all live in Portland, Ore. and have inherited her abundant gifts and have become fine adults who reflect their mother’s love, empathy and enormous heart. Daughter-in-law Kathleen and grandchildren Isaac and Stella will remember her as a warm and loving presence.

The family plans a memorial service at a later date.

If Judi has joined a choir of angels, we know she will be leading the alto section. Godspeed, dearest one.