Steve Miller, age 78 was born April 6th, 1943 in Boise, ID to Harold and Barbara (Kovach) Miller. He attended school in Malta, graduating in 1962. He died peacefully at his home on April 7th in Great Falls Mt.

Steve has 3 children from previous marriages. In 1984, he met his Life Partner, Dolores (Magpie) McCrory. They made their home in Sun River, MT. Dolores died in 2020. Steve resided in Great Falls until the time of his death.

Steve was a retired member of the Teamsters and Laborers Union where he drove a truck delivering pipe to the pipeline stringing crews. 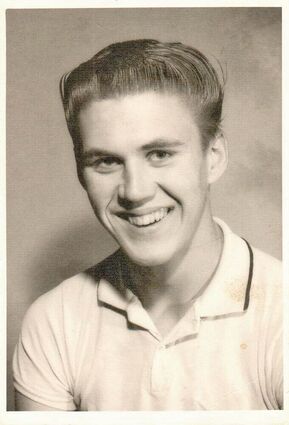 Steve loved playing cards and socializing with friends. He was an avid cribbage player. Steve was proud of the cribbage boards that he made and shared with friends.

Steve is proceeded in death by his parents Harold and Barbara Miller, brothers Craig and Jeff Miller, and Life Partner, Dolores McCrory.

He is survived by his 3 children, Ashley (Michael) Miller Latiolais, Brian Miller, and Erica Hanson; 2 brothers Ron (Donna) Miller of Havre, MT and Rick Miller of Malta, Mt—9 grandkids, and numerous nieces and nephews. Steve is also survived by his Heaven-Sent Angel, Kyle Gordon, who took care of him until the time of his death.

Cremation has taken place and services are planned for a later date.