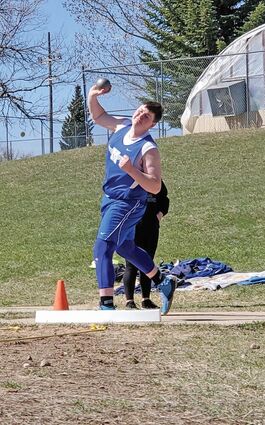 Malta, who were missing several of their athletes, were ninth overall with 15 points. The Belt Huskies won the meet with 114.5 points. Fergus was second with 105.5, Harlowton-Ryegate was third with 90, Havre was fourth with 60, Park was fifth with 55, and Hobson-Moore-Judith Gap was sixth with 35.

"We had a handful of kids gone that are big contributors, but we still went out and did pretty well," Malta Head Coach Kaitlyn Smith said.

The team was led by junior David Pitman, who took s...