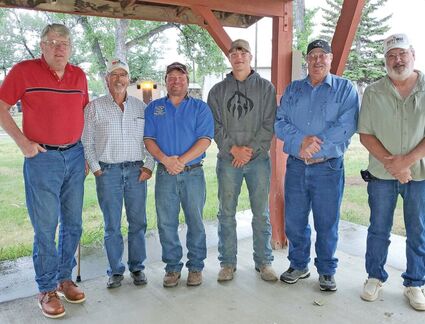 The annual Knghts of Columbus/Shrine picnic was held June 8. It was a rainy Tuesday evening, A small group attended due to the forcast. The Malta Shrine Club took this opportunity to honor Pierce Mortenson and his family to recognize him for being selected to play in the 74th annual East-West Shrine football game. Also representing the Malta Mustangs for the East team will be Coach Nick Oxarart and as an Alternate Player Beau Simonson of Whitewater. This year's game will be played Saturday June 19th in Billings at Daylis Stadium at 7pm.