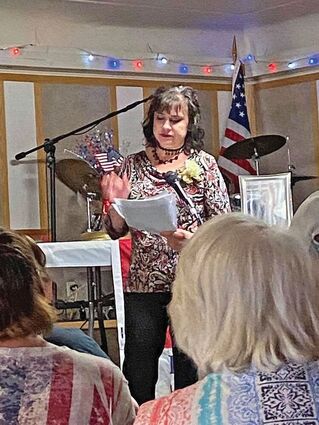 Sunday, September 26th was National Gold Star Recognition Day, and locally it was observed by the VFW Auxiliary at Buster Deo Post 4067. Two Gold Star Mothers were honored and their loss was acknowledged; mothers who lose a son or daughter in combat are Gold Mothers. Annually, the last Sunday in September is designated as this day.

Mae Walsh was honored in a quick ceremony, due to Covid restrictions, at the Hi-Line Retirement Center, where she resides. Auxiliary President Kari Hould pinned a golden corsage on her in honor of her son, Truman Walsh, who was killed in Vietnam in February of 1...