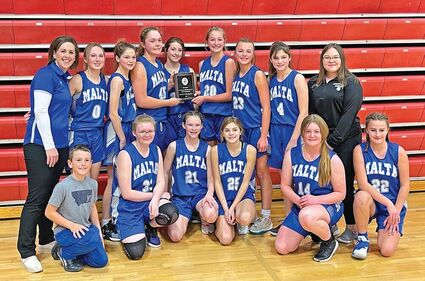 In Malta's Northeastern Middle School Division championship win over Scobey, the score was 44-25. The tournament was held on Saturday in Glasgow.

Malta was led by Denvyr Tuss, who had 20 points. Tuss was also 2-of-2 from the free-throw line.

Kendall Clausen had 14 points and both of the game's three-point field goals. Neva Johnson and Emree Stuart b...