On the afternoon of January 04, 2022 Douglas (Skip/Skipper) Gail Smith passed away at SCL Hospital in Miles City, MT. as a result of heart failure due to complications with COVID-19. Skip was 79 years old.

When he was 18, he joined the US Navy and was stationed in Imperial Beach California where he served as a sonar technician in the airborne helicopter anti-submarine warfare unit. In the height of his military service aboard the aircraft carrier, USS Kearsarge, he was involved in two astronaut recovery missions for NASA. While serving in the US Navy he married his high school sweetheart of 59 years, Sharon Zabel, in July of 1962 in Malta, MT.

Upon leaving the service, he worked for a heating company in Grandview, WA for several years and then moved back to Malta, MT where he took a position as a police officer. He served there for a couple of years and then began his primary career in the propane heating business. He worked for Petrolane for many years and then went to Taylor Soil Service in Shelby, MT and finally purchased his own propane company, Eastern Oregon Propane, in La Grande, OR. After retiring from the propane heating business, he started a new career in real estate and became a broker in Baker City, OR. After his wife's retirement from the Oregon DMV, they moved to Miles City, MT in 2005.

Skip was very involved with community organizations during his lifetime. He was a member of VFW, Eagles, JC's, and served as a Montana JC Senator for a year until his induction as a "Exhausted Rooster". 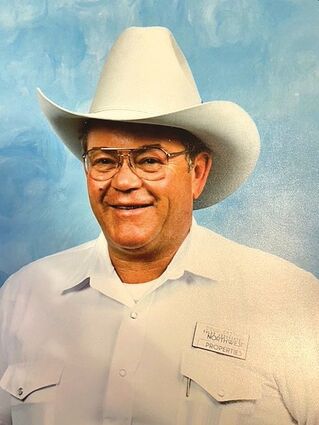 A family and friends service was held at Stevenson and Sons Funeral Home on Sunday, January 9th, 2022 from 2 - 4PM. Family condolences and personal comments can be sent to stevensonandsons.com.

Donations can be made to his favorite charity, St. Jude Children's Research Hospital.