Curtis Jackson "Jack" Reynolds, passed away at home on Sunday January 16, 2022 with his wife Shirley by his side. Jack was born November 5, 1929 in Water Valley, Mississippi to Frank and Fannie Reynolds. He was the oldest of five children – all who have preceded him in death.

Jack enlisted in the Army in 1948 and served for 8 years. That service took him to Germany and Korea where he fought in that war. Shortly after being discharged from the Army, he enlisted in the Air Force. This enlistment took him many places including Albuquerque, NM., Glasgow, MT, Klamath Falls, OR, New York and Panama. Jack was Honorably discharged and retired in 1968. 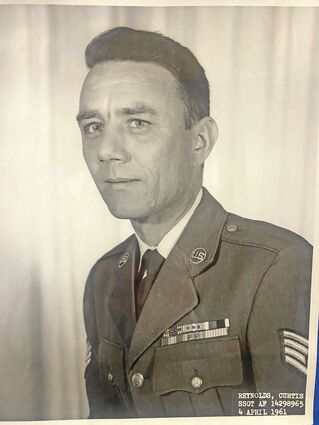 Jack became a member of the Malta VFW in 1968. There he held several positions including Post Commander which he cherished with all his heart and soul. In 2019 Shirley arranged for a surprise 90th birthday party at the annual VFW veteran's dinner.

Jack was preceded in death by his parents and sons Ricky and Kelly. He is survived by his wife Shirley of 60 years, daughter Patricia (Raymond) Lewallen of Sarah, Mississippi, sons Curtis Jr (Kari) of Stevensville MT, Brian (Deanna) of Laurel, MT, and Robert (Anita) of Malta. Jack is also survived by 8 grandchildren, 12 great grandchildren and 5 great-great grandchildren.

Funeral services for Jack will be held Thursday, January 20th at 11:00 at the Wilderness Funeral Home in Malta with Military grave side services and burial at the Hillside Cemetery in Dodson MT. Reception immediately following at the Malta VFW.