Garry Aleix Plouffe entered the world as a cowboy/farmer, he was born November 5, 1947. He was the son of Louis and Mabel Homier Plouffe. He was born in Malta, Montana where he lived his whole life. He married the love of his life, Wilma Henry, on August 29,1970. With whom he spent over 51 years. During those years, they endured many hardships. They never let any of the hardships tear them apart. They always pulled themselves up by the bootstraps. Never letting any of the hardships destroy their deep genuine love for each other. They always leaned on their binding scripture, Romans 8:28 "and we know that all things work together for good to those who love God, to those who are called according to His purpose. In rough times their strong faith always pulled them through. They worked hard raising their children utilizing this scripture to endure life challenges. They took great pride in their children, grandchildren, and great-grandchildren. Their love for each other was always portrayed in the deep genuine love of their family.

Garry grew up in the Strater Community, east of Malta, where he attended school. After graduating 8th grade, he stayed on the farm taking on the responsibility of working the farm along with his younger brother, Grady, for their parents. Upon leaving the farm to pursue other opportunities Garry became the "Jack of All Trades" and "Master of Farming and Ranching". He worked for George Lundman, farming and ranching. After that adventure, he became a carpenter, working for Paul Skinner. He then went to work for Victor Nicholson in Dodson. They then purchased his parents' farm adding to that leasing the old Henry place for 5 years. Throughout the years he added meat processing at Hi-Line Packing to his experiences. He also put up steel buildings for Pete Clausen. The biggest occupation after farming, which was out of character for Garry was running the Malta Bakery. He was the baker for 2 years. Many will remember the quality product he produced. After the bakery in July of 1988, Garry went back to the love of his life, farming and ranching for Dennis and Jim Bebee. He worked with them for 12 years-not the six weeks they initially talked to him about. When they downsized, Garry then began employment for Ezzie 's Wholesale, working for the next 17 years as a diesel mechanic. Upon retirement, which was for 2 weeks, he took a job back to the passion of his life, farming, and ranching for Glenn Meisdalen. Garry took pride in everything he did-giving it 110%.

During the years, Garry pursued many hobbies. Woodworking, wheelwright, and wagon restoring were the things he loved the most. He also broke several teams of horses. Since he didn't think he had enough to do, he began gardening. Garry shared his produce with many friends and family. He took pride in delivering buttercup squash to his "squash customers". Never forgetting to take time to have a cup of coffee and visit with them. 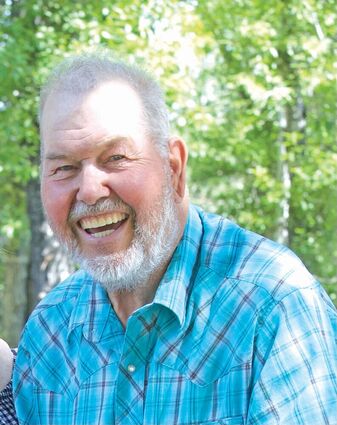 Garry and Wilma raised 3 children-Tammy (Darwin) Mix, William (Delci) Plouffe, and Aleix (Shawna) Plouffe. He instilled one of his greatest qualities-to be a very hard-working productive adult. And their grandchildren-Cheyenne Farrar, Tyler (Taylor) Mix, Kristen (Nate) Llyod, Echo (Jason)Azar, Xavier (Krista) Plouffe, Jozee Plouffe, Joshiah Plouffe, Hadassah Plouffe, and Rylei Plouffe-and great-grandchildren-Aubrey Farrar, Jackson Moore, Stella Moore, Rebel Mix, AJ Llyod, Chance Llyod, Jayden Jacobsmeyer, Brayden Jacobsmeyer, Hayden Azar, Taylon Azar, Kayson Azar. His arms were so big he always welcomed many nieces and nephews into his home to stay/live as long as they needed. No one was ever turned away from Gary's home. Most of them, along with his, had to endure his famous horse bites. Most still come today, always willing to help him. Garry held great value in all of his family.

As Garry would say, Remember to keep your lines taut and get up daylight's a burning.