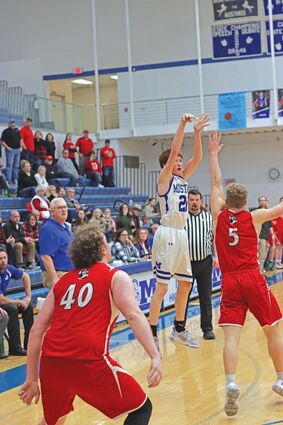 The Malta Mustangs shocked the Glasgow Scotties and those in attendance last Thursday, January 27, with a last-second, game-winning three-point, buzzer-beater heaved up by freshman Bohdi Brenden. The Mustangs defeated Glasgow 44-43.

The win came after the team suffered a 68-51 loss to Havre last Tuesday, January 25, in Havre.

Malta is scheduled to face the Rocky Boy Stars on Thursday, February 3, at 4:30 p.m. They will then travel to Round...