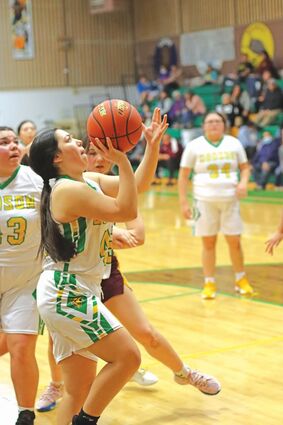 Jazlyn KillEagle shoots a layup in Dodson's loss to Poplar last Saturday in the Coyote Den. Photo by Pierre Bibbs.