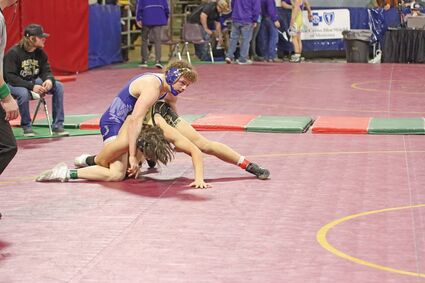 The Malta–Whitewater Wrestling Team was represented in the last round of wrestling at the 2022 MHSA State Wrestling Championships in Billings Montana.

"It didn't end the way we wanted, but we are there," Malta-Whitewater Head Coach Jake French told the PCN. "We have that experience. He will have that going into the next year, and hopefully some motivation to get going."