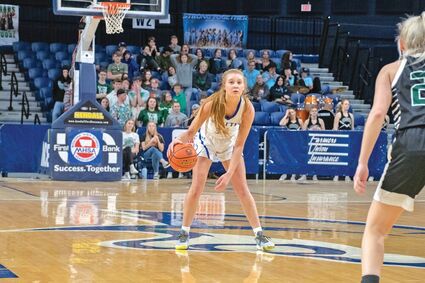 Over the past three seasons, the Malta M-ette basketball team has won three Northern B Championships and have made it to the final day of the State B Girls Basketball Tournament.

Their four All-Conference selections this season have played major roles in Malta's Northern B dominance.

The PCN asked Malta M-ettes Coach Nate Hammond about the team's 2022 All-Conference selections that were named to the District 2B list a little more than a week ago. Those selections include All-State selections Allison Kunze and Maddie Williamson, as well as second-team selections Addy Anderson and Justine Lam...