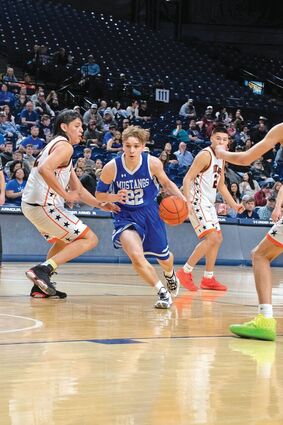 Jared Eggebrecht was named to the 2B All-Conference list. Photo by Amy Beck.

Over the next couple of weeks, the PCN will be talking to Phillips County basketball coaches about their All-Conference Selections.

Jared Eggebrecht, a junior, was also named to the 2B list as a second-team All-Conference selection.

Williamson, Tuss, and Eggebrecht helped lead Malta all the way to Saturday at the State B tournament earlier this March. This included a Northern B Championship Trophy, District 2B Conference Title,...