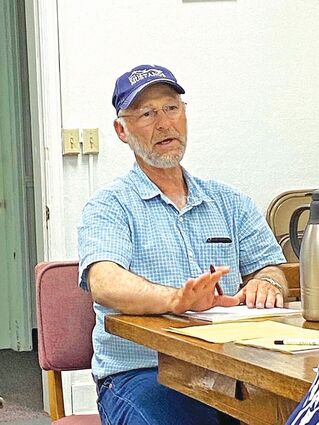 Following the pledge to the flag, members voted to approve minutes and audit as presented.

Public Works Director, Jim Truelove stated two digs had recently been fixed. He also reported there had been trouble with a lift station; the cause of the problem ended up being a mop head.

PWD Truelove stated he had "experienced a unique call"; when a woman traveling in the area ended up be...