Clyde and his siblings grew up around Roy, MT. In his younger years he and his twin sister, Carolyn, would trail cows for Joe Murphy; nearly 15 miles, on foot! After graduating high school from Roy in 1963, Clyde enlisted in the US Navy and served from 1963-1966. In 1968, he enlisted again, this time in the US Army, and served until 1988.

Following his honorable discharge, Clyde went to work for the Mayflower Retirement Community. He applied for the janitor position but considering his experience as an Army Medic and Nurse he was hired as their LVN (Licensed Vocational Nurse) instead.

Clyde had a wide range of interests and talents. He built his own home, adding rooms over the years. He enjoyed gardening, macramé, and crocheting. He took the time to teach his granddaughter-in-law, Haleigh, how to crochet snowflakes and many other things.

He was a loving father and grandfather who was always making new friends and helping anyone he could. His grandchildren have fond memories of going to Lancaster at Christmastime, geocaching, looking for "water" in the desert, and camping in Morro Bay. Clyde was always up for the next adventure. He went to Universal Studios with his granddaughter, Kacie, when she was so little she was only allowed on one ride, ET. Clyde took her on that ride probably 50 times and made it the best day. 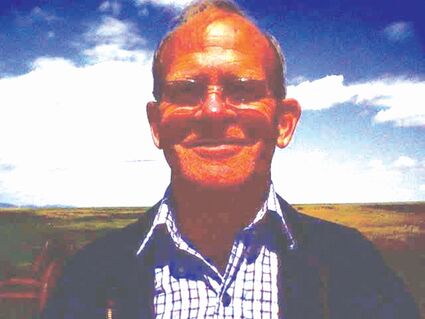 He was preceded in death by his parents; brother, Jack Martin; sisters, Cheryl Martin and Bonnie Hayes.

Arrangements are under the care of Creel Funeral Home. Clyde's family and friends can share memories and condolences at http://www.creelfuneralhome.com.