Plenty of Action in Trafton at "The Craig" 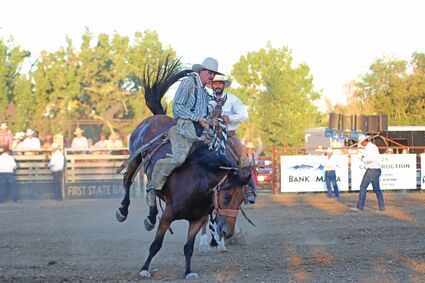 Cole Rhem posts a 76 point ride to qualify for the six man Calcutta at the Third Annual Craig Mangis Rough Stock Memorial last Saturday. He won the finals with a score of 79 later that night. Photo by Pierre Bibbs.

The event was put on by the Trafton Rodeo Arena Committee, and this year might have been committee President Jerey McEwen's favorite yet, according to his social media post following the event.

"The fans were loud and really enjoyed the show," McEwen said on the post. "We tried to keep things moving fast so the action never stopped and I feel the crew that we had running around kept the wheels turning quite well. The stock was phenomenal. Jim and Ke...