M-ettes Pick up Wins Over Wolves 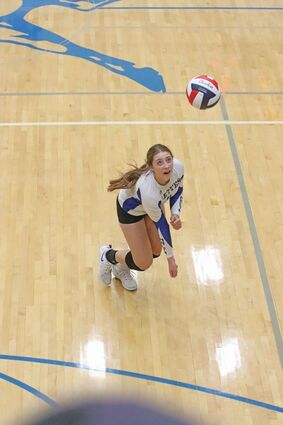 The Malta M-ettes Volleyball Team is currently on a seven-game win streak and is 10-1 this season.

The M-ettes defeated Cut Bank 3-1 on Friday, October 7, in Cut Bank, and then returned home to defeat the Wolf Point Wolves 3-0 on Saturday, October 8.

The M-ettes were scheduled to face the Harlem Wildcats on Tuesday, October 11, in Harlem. Information on that game will be in the October 19 issue of the PCN.

This Saturday, October 15, the M-ettes will host the Poplar Indians for Malta's Senior Night, an event that will honor 10 seniors including Brylee French, Allison Kunze, Dally Neibur, Isa...