Malta to Face Glasgow for Top Spot in Northern B 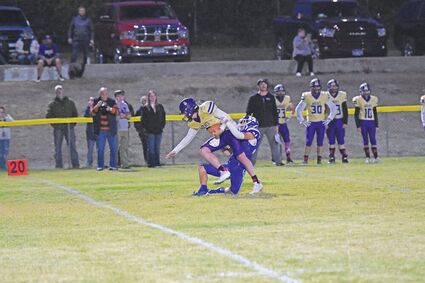 The Malta Mustangs are currently 6-1 and have won six straight since their season opening loss to Huntley Project in August.

The Mustangs' latest win was a very decisive 35-6 win over the Cut Bank Wolves in Cut bank last Friday, October 7.

The Mustangs will host the rival Glasgow Scotties for what may be their most important game of the season, for seeding purposes in the postseason. Glasgow and Malta are both 6-1 and 3-0 in the Northern B, and they have both lost only to Huntley Project.