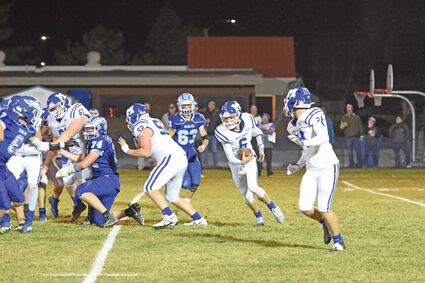 On their 100th year of football, The Malta Mustangs Football team ended the regular season as the 2022 Northern B Division Conference Champions, a title that they also won in 2021.

The Mustangs earned this year's title by going 8-1 overall and more importantly 5-0 in conference games. Glasgow earned the second spot in the North with a 4-1 record in the conference.

Fairfield, who the Mustangs defeated 48-20 in Fairfield on Friday, October 21, finished third with a 3-2 record in the conference, and Cut Bank earned the fourth and final spot out of the North by going 2-3.

The Mustangs will ope...