Bill was born on December 24th, 1933, in Fourchette Creek to Earl and Pauline Crowder. He was the fourth of 14 children. Bill completed school through the 8th grade. Later he went on to trade school in Los Angeles, CA, receiving a Diploma. 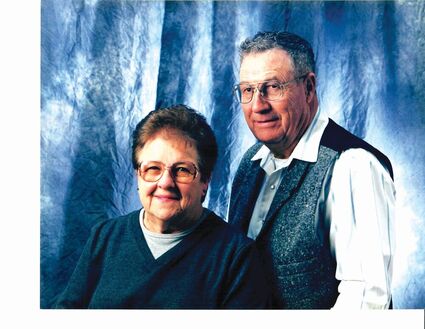 Bill started working with local farmers and ranchers including Forrest Kessler, Buddy Ruud, and Ray Holzhey. He later worked with Roth Construction and the Ford Garage in Malta. On August 27, 1960, Bill married the love of his life Janet (Darl) Johnston in Malta, MT. From this union, they had three children. In 1962 he opened his own Air Conditioning and Refrigeration business and worked until his retirement in 2000. He also worked for Ahlerts Sporting Goods from 1969 to 1979. Bill was an active community member, serving on the City Council, a volunteer Fire Fighter, the Ambulance Service, a troop leader for the Boy Scouts of America, volunteer work with the Jaycees, and a Hunter's Safety Instructor. Bill's favorite hobbies were playing banjo, gardening, hunting, fishing, and ice fishing.

He is preceded in death by his parents Earl and Pauline (Wiederrick), and brothers, Ben, Bob, Frank, and Allan Crowder. Sisters Rose Pewitt, Alice Anderson, and an infant sister Peggy.