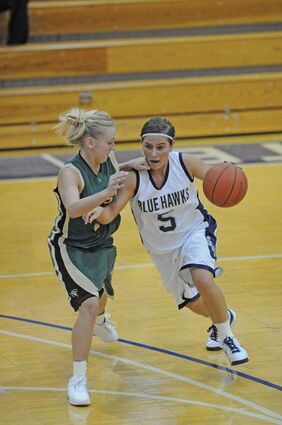 Kelly Pankratz dribbles down the court during a Dickinson State University game in 2009. Courtesy Photo.

Pankratz, the daughter of Bill and Laura Pankratz of Malta, is a 2007 MHS graduate and was a valuable part of Malta's 26-0 team that year. Pankratz was named the 2007 Class B State Tournament's Most Valuable Player.

Things started off pretty rocky for Pankratz in her first year of college basketball. She was a true fresh...