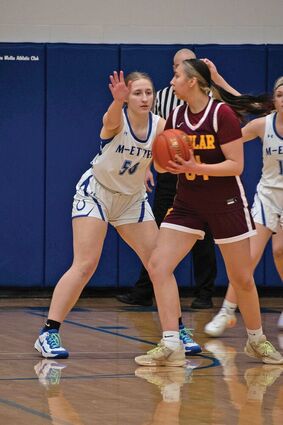 The Malta M-ettes basketball team are continuing to build momentum in 2023, and have two more wins under their belt after defeating the Poplar Lady lndians on Friday, January 13, in Malta, and the Shelby Lady Coyotes 80-45 in Shelby on Saturday, January 14.

The M-ettes are scheduled to take on the Harlem LadyCats in Harlem on Thursday, January 19, at 6:30 p.m. They will then face Wolf Point Lady Wolves on Saturday, January 21, at 6 p.m. in Malta.

In the team's wi over Shelby, the M-ettes were led by Allison Kunze who had 22 points and nine rebounds. Kunze was 10-of-13 from the field.