Janice Rene Holzhey Abrahamson, 62, passed away quietly on January 21, 2023, at the Billings Clinic.

Janice was born on August 23, 1960, to Raymond Don and Delores Diane Holzhey. She was their anniversary baby.

Janice attended Sun Prairie School and graduated from Malta High School in 1978. She earned her paralegal degree at MMC. Later, in Kennewick, WA, while working with Fish and Game, she earned her massage degree. 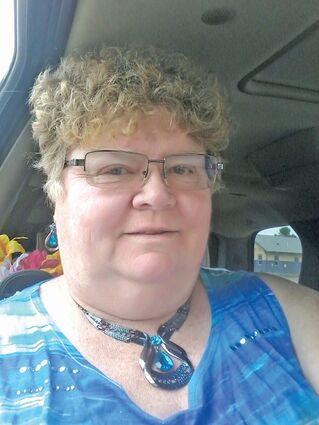 On October 8, 1983, she married Willard Abrahamson in Malta. They have two sons, Johnathon and Logan, a daughter, Mary, a granddaughter Tedessa, and adopted grandchildren Roy, Rose, Roxy, and Robin.

Janice was preceded in death by her parents Don and Diane, and father-in-law Willard.

Survivors include her husband Willard, her sons and daughter; brothers Gene (Judy), Ron (Steph), and Von; and uncles Ralph and Pete Kolczak, plus many relatives near and far.

The family would like to thank all the hospital staff at the Billings Clinic for their amazing care.

Services for Janice will be on Friday, January 27 at 1 p.m. at the Wilderness Funeral Home.