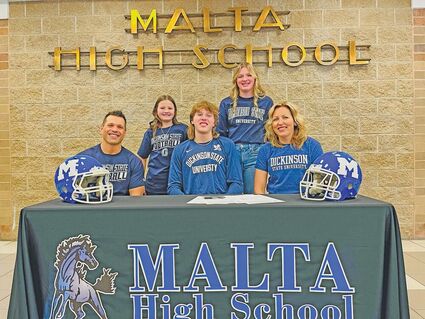 Surrounded by his family, Malta High School senior Elijah "Eli" Hanson, a Mustang football standout last fall, revealed that he will continue his football career as a member of the Dickinson State University Blue Hawks.

Hanson's decision was made official on Wednesday, January 20, as the senior signed with the school alongside his father Yurii Hanson, mother Kerry Hanson, and his sisters Ava and Etta in the foyer of Malta High School.