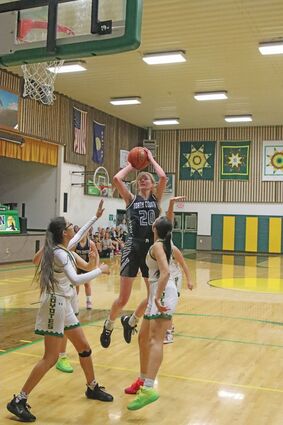 The Dodson Lady Coyotes and North Country Lady Mavericks squared off in Dodson last Friday, January 20, in the Coyote Den.

The Lady Mavericks won 63-26 against a Dodson team that fought until the last buzzer.

"I think that our defense was pretty good," North Country senior Kora LaBrie said of the win. "We weren't really flowing that well on offense, so I th...