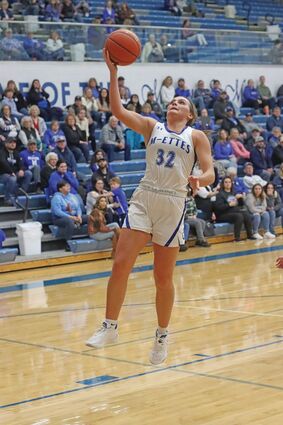 The M-ettes defeated the Harlem Wildcats 70-26 in Harlem on Thursday, January 19. Then the team hosted the Wolf Point Lady Wolves and won 61-36.