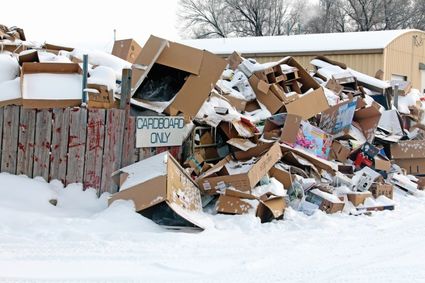 Since the motor went bad on the City of Malta's bailer, cardboard has been stacking up behind Malta Opportunities.

Though the cardboard woes continue for the City of Malta, it looks as though things are going to be a little easier with the purchase of the old IGA Bestway cardboard bailer.

During last Tuesday night's Malta City Council meeting, Malta Public Works Director Jim Truelove informed the Council that the City had recently purchased the old IGA bailer after the bailer that had been in use for years at the Old Airport in Malta up and died. Though a new motor was purchased for the Airport Bailer, it still didn't work, and Director Truelove said a quick trip past the Cardboard Corral situated behi...