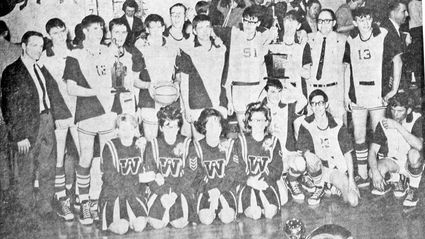 In spite of the fact that the temperature was 25 below zero and there was a severe storm, some 300 Phillips County farmers attended the Farmer's Institute held in Malta

Judge John Hurley had called a jury team of district court. On the calendar were several bootlegging cases, two murder cases, and a grand larceny case.

Mrs. Charles Seaford of Landusky died at a local hospital. She was survived by her husband and five small children.

Dick Alldrin was named deputy treasurer by treasure-elect R. L. Campbell, who was to take over hi...